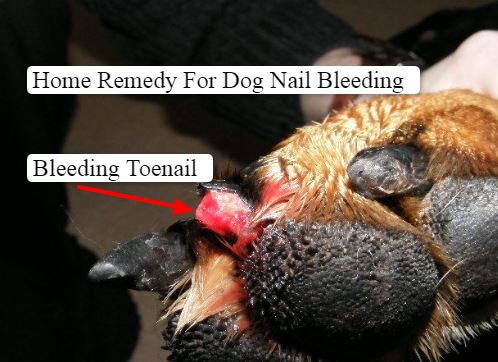 In a dog’s average life span of 10 to 13 years, it is certain to suffer nail bleeding. Though not part of it’s biological cycle, dog nail bleeding arises as a result of various reasons which will be highlighted in details in the course of this article.

As dogs owners, the well-being of your mutts is no doubt a primary concern to you, and thus when you notice bleeding from your dog’s nails you may be alarmed.

Though the logical move may be to seek immediate professional medical help, your action in remedying your dog’s hurt nail before the bleeding clots plays a very fundamental role in the recurrence of the bleeding, diagnosing the source of the bleeding and how quick your dog recovers from nail bleeding.
STRESS FREE WAYS TO FEED YOUR DOG, GET ONE NOW..

To administer basic first aid on a bleeding dog nail do not require advanced medical knowledge, but careful observation and a little bit of experience.

RECOMMENDED: When Can You Trim A Puppy’s Nails

Why Do Dog Nails Bleed

From accidents, injuries to debilitating infections, nail bleeding can be caused by a whole lot of reasons, some of which are explained in details below.

Most cases of dog nail bleeding is often related to trimming. During trimming of dog nails, especially an hyperactive dog who is not stable, there may be injuries caused by accidents. This may thus led to rapid bleeding.

READ THIS: How To Avoid Cutting Your Dog’s Quick During Clipping

Dogs who have brittle nails are especially prone to nail injuries which lead to nail bleeding. Brittle nails may occur as a result of nutritional deficiency, genetics or health conditions such as Symmetrical Lupoid Onychodystrophy which is a health condition that affects the immune system of dogs.

Dogs with this medical condition often are prone to nail injuries which lead to bleeding. Dogs also afflicted with yeast infection  will suffer from brittle nails as a side effect of their affliction. Nail tumors and inflammations also bring about nail weakness and brittleness.

Fungal infections such as Onychomycosis, also bring about brittle nail condition.  Brittle nails have weak attachment to the nail beds and upon rapid movement especially in rigorous and difficult terrains, nails may snap and lead to nail bleeding.

READ UP: How To Deal With Dog Toenail That Splits In The Middle

Although unhygienic, dogs gnaw at their nails just as how humans do so. This action should be discouraged in dogs. Often, when dogs have overgrown nails, in urgent need of trimming, they may eventually help themselves to the trimming by biting their nails.

In the course of doing this, they may cut the quick cuticle, which brings about nail bleeding. Sometimes, when a dog regularly gnaws at his nails, he may do so even when his nails are not overgrown. This habitual gnawing of it’s nail may likely lead to a nicked quick which may lead to nail bleeding.

Steps To Be Taken And Remedies To Stop Nail Bleeding

Upon the sight of blood, several individuals become hysterical with heightened emotions such as panic and anxiety. When a dog experiences nail bleeding, it is important that the caregiver, most likely the dog owner remain calm as this will make it easy in administering the right first aid treatment.

Apply Pressure: When bleeding is noticed in a dog’s nail, it’s important that pressure is applied on the affected nail. This will make it easy for the blood to be easily cleaned and also reduce the bleeding.

As pressure is applied, a clean napkin free from any material your dog is allergic to should be used in cleaning the blood. Alcohol, Hydrogen Peroxide and other sanitizing substances should not be immediately used.

Unlike humans, the biological nature of certain dog’s make them allergic and unperceptive to some of this substances.

See also  How to Stop Dog Nails Bleeding [5 Easy Ways]
This is highly recommended as veterinarian make use of it. Styptic Powder will bring instant relief to your dog’s painful nails as well as help in putting an end to the bleeding in about 30 seconds. Styptic Powder which can be sourced from a pharmacy should be among your first aid kits and should be applied directly on the bleeding nail with a cotton wool or cotton applicator.
BUY CHEAP NOW

Home remedies such as Baking Powder or soda, Flour or cornstarch can be used to stop nail bleeding. In order for the end goal to be achieved when using these home remedies, earnest effort should be used applied when compressing the bleeding nails.

Without this, bleeding may not stop. Baking Powder, flour or cornstarch should be poured into your palm and the bleeding nail should be dipped into it, until it is covered by it. A towel or clean clothes should then be used in compressing the nails until the bleeding stops.

See also  How To Grind Dog Nails With Dremel [Answered]

Do not be shy at exerting force when applying pressure, but do not exercise brute force as it will be painful to your dog. Some dogs may not be receptive towards dipping their bleeding nails into flours, baking soda or cornstarch, if this is the case with your dog, you can apply baking powder or baking soda, flour or cornstarch with a cotton applicator, ensure the bleeding nail surface is covered with it, before compressing.

Even if the bleeding do not appear to stop immediately, do not remove the baking powder, soda or cornstarch as it will aid in coagulation.

DON’T MISS: My Dog Will Not Let Me Cut His Nails (What To Do)

Another alternative which can be used for steady nail bleeding is ice, which should be wrapped around the towel used in compression. Ice should not be used alone but along with soap. Dry teabags can also be made used of in applying pressure to bleeding nails.

After stopping bleeding, to ensure quick recovery and prevent recurrent bleeding, your dog should be be made to lay still for about 30 minutes. The affected nail should also be bandaged properly to aid recovery.

To keep your dog occupied while resting, you could place a stuff Kong filled with it’s favorites snacks around it. This serves a good way of distracting your dog from seeking other adventures.

The above listed steps applies to minor nail bleeding. Bleeding should often stop within minutes, but certain nail bleeding can be so severe that it lasts up to 20 minutes. While your dog may not lose a whole lot of blood from nail bleeding, continuous bleeding which last for as long as 20 minutes is an indication your dog requires the attention of a qualified medical professional.

Best Way To Trim Dog Nails [#1 Solution]
Puppy Nails Turning White (Causes & Remedy)
What Can I Give My Dog To Calm Him Down To Cut His Nails? [Answered] 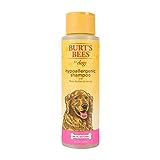 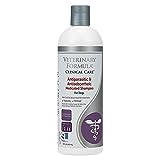