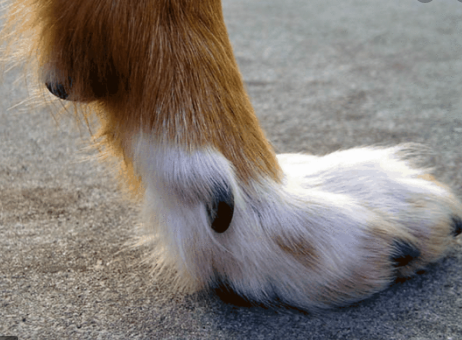 Is It Normal For Dogs To Have Back Dew Claws?

Check the hind feet of your dog, can you find an extra claw on their leg? It can appear in two ways:

• Full toe
• Loose piece of skin that has a claw at the end.

In case you have difficulty in determining a typical canine paw, it consists of up to four toes which
comfortably sit side-by-side to put together the foot’s main part. It also contains an additional fifth
foot that can be found further up the leg. This particular toe can be identified as a dewclaw.

A dewclaw, sometimes, behaves like a wrist stabilizer and it could be compared to the thumb of a
human. There are countries that have removing the dewclaws of a puppy at birth as a common
practice — though it can lead to complications.

Periodically, puppies, also, get dewclaws on their hind feet from birth. This isn’t so common, so
when it happens, the extra toes ends up looking poorly formed, lacking bone and forming in a way
that sticks out from the foot.

Most times, the delay in removing the dewclaws causes problems for the dog — that’s why vets
remove them. Before you take the step of deciding to remove the rear fifth toe of your dog, it’s
important you understand a few facts behind the formation of those claws.
MAINTAIN YOUR DOG’S CLAW GET THESE PRODUCTS VERY CHEAP


Do you ask the question, “Is It Normal For Dogs To Have Back Dew Claws?”
These facts can, to a large extent, give you an answer.

Ready?
Let’s cut to the chase.

The both front and hind canine dewclaw is a feature of the dog that still surprises researches —
because the dog’s ancestor, the wolf, doesn’t have such fifth rear dewclaws. It looks like the
dewclaw came into existence after the domestic dog’s evolution.

Is It Normal For Dogs To Have Back Dew Claws?

From the preceding paragraph, you can see that the appearance of the dewclaws started after the
evolution of the domestic dog. So, it brought into normalcy the presence of the fifth rear dewclaw
in puppies — that makes answering “YES” to the question a correct move.

The canine front dewclaw is highly a versatile claw that fully functions in grasping, digging,
climbing and for providing strength in the wrist when performing sharp turns. It’s of no doubt that
the earliest dogs who possessed them benefitted from the numerous advantages of having
dewclaws.

In addition, the earliest dogs made use of the dewclaws to ensure survival — thus giving the
genes for dewclaws to their offspring’s. This clearly shows how important the dewclaws was as
part of the evolutionary step. Today, almost all dogs are born with the dewclaws.

The front Dewclaws consists of fully formed fifth toes with bone. In contrast, the rear dewclaws
appear in various forms and most times come with an absence of bone.

See also  Do Dogs Have Retractable Claws? (All You Should Know)

The most common kind of a rear dewclaw is a protuberance that’s fleshy and with a claw just at
the end. There are breeds which have 1 or 2 rear dewclaws: they also appear as something
exactly similar to what’s stated in the first sentence.

TRENDING: Can I Paint My Dog’s Nails With Human Polish?

This question, “Is Removing Dew Claws Cruel?” is a bit synonymous to the question, “Should
Dewclaws Be Removed?”

Front Dewclaws are important in the area of stabilising the wrist joint. Compared to the rear
dewclaws, they appear to have no functional purpose. Based on that, people think it’s necessary
to take out the rear dewclaws in order to avoid injury — though injury at the rear dewclaws doesn’t
happen as common as people fear.

In some breeds, the rear dewclaws stands as one of the requirements of the standard of the breed
— and shouldn’t be removed.

Amidst other dewclaws, some dewclaws conspicuously stick out from the foot and are not in any
way articulated by bone — as a result, making them liable to being injured and catching. It’s
imperative to have them removed when your dog is still a puppy and this should be done by only a
vet.

So, if you don’t remove them at the recommended age of the dog, doing that when you plan
on carrying out another surgical procedure stands as a really good idea. A dog undergoes surgical
procedures to be neutered, spayed or whatnot — you could do that during either of those
surgeries.

Ensure that you make due consideration before allowing your dog undergo the surgery. During the
surgical procedures, it’s essential that you get a general anaesthetic to carry risks on its own. Any
toe that has nerves running through it, is a complicated matter as regards the removal of rear
dewclaws.

The well-being of your dog isn’t placed on the line, because these types of rear
dewclaws are usually neat to the foot and so solid. That, again, gives us a reason why
consideration must be taken.

Yes! An operation to remove claws, almost a 100%, causes no issue — but the question is, “is it
really necessary?” The consideration you take will help you answer that question.

Today, many vets find leaving front and rear dewclaws preferable and advise the removal of them
only when they are badly injured. The next time you are debating the rear dewclaws of your dog
and whether they should be taken out, make sure you put the fact that it’s normal and also
expected for some breeds to have single or double rear dewclaws and they completely do not
encounter problems because of those dewclaws — into sheer consideration.

That brings us to another question you’re likely to ask, “What Dogs Have Dew Claws On Hind
Legs?”

What Dogs Have Dew Claws On Hind Legs?

It’s known that at birth, any dog can have dewclaws. However, in most breeds, this is considered a
throwback based on the transference of genes. It can be regarded as unusual.
That extra toe is perceived as a valued trait, only in a handful of breeds.

It’s a feature the dog must possess to conform with the standard of the breed. It’s expected for some breeds to, on their rear
feet, have double-dewclaws — effectively six toes. So, for these breeds, it’s undesirable the removal of dewclaws.
The following are breeds that should have rear dewclaws:
Cao Fila De Sao Miguel – single rear dewclaws.

READ NOW: Best Places To Get Dogs Nails Cut Near Me

Have you heard of the Norwegian Lundehund dog?

If no, that dog is a really special dog. It’s a dog that is expected to possess double-dewclaws on its
rare paws and also expected to have six toes on its front paws. This dog has an extreme agility
and it’s believed that the additional toes are responsible for that.

The dog can’t swiftly carry out its traditional role of puffin hunting without having an extreme agility.
So, having an additional toes is quite beneficial to this breed.

Have you asked yourself, “what gives dogs the gripping ability?” It’s the extra toes.
Another question to answer — which we know people would ask when they’ve considered
removing their dog’s dewclaws — “How Much Does It Cost To Remove Dew Claws On A Dog?”

How Much Does It Cost To Remove Rear Dew Claws On A Dog?

You own a dog already and you discover that the dog is about to give birth. The dog gets delivered
of a few puppies and you find rear dewclaws stuck out improperly in about 2 of the puppies.
Your next move would be to enquire about how to remove the “improperly” growing rear
dewclaws. 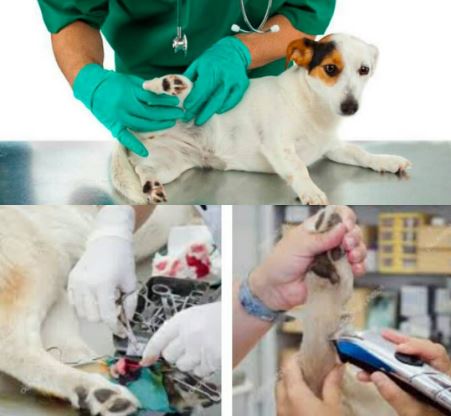 If that sounds like what you’ve been doing or what you’re about to do, this section is
packaged for you.

The cost of the removal of a dog’s dewclaws is determined by a few factors:

1. The vet.
2. Geographical location.
3. What may be included at the time during the dewclaws removal.

The cost of removing a dog’s dewclaws can range from $10 to $35 per puppy. The $10 to $35 per
puppy charge doesn’t include the vet examination fee — which is $50 or even more. Some people
go to the vet with a sack-full of puppies; many vets would give discounts when the puppies are
many — often, discounts as much as $10 – $30.

If the puppy’s age exceeds three to five days old, then the vet is much likely to recommend that
you wait until your dog can undergo the spay/neuter surgical procedure, so the dog’s dewclaws
removal can be done alongside.


According to a few vets around the United States, these are what it would cost to have your
puppy’s dewclaws removed:

Do you own a dog of a few weeks old? You can still use the same procedure for the dog — though
many vets kick against carrying out the procedure when the dog has crossed a few weeks. They
can permit a go-ahead if an injury is found.

Your vet, the age of the dog, the method your vet picks when
taking out the dewclaws will determine the price.

The vet might want to make use of a laser — which is often time used during the price. And,
including all labour and materials can go for a cost of $500 to $800.

Conclusion:
In this article, we were able to cover areas that have answers to the following questions:
• Is It Normal For Dogs To Have Back Dew Claws?
• What Does Dewclaws Look Like?
• Is Removing Dew Claws Cruel?
• What Dogs Have Dew Claws On Hind Legs?
• How Much Does It Cost To Remove Dew Claws On A Dog?

According to the answer given under the first question, we can say it’s normal for a dog to have
back dewclaws. So, the dewclaws came into existence after the evolution of domestic dogs. Other
areas told us how important front dewclaws are in stabilising the wrist joint.

And compared to the rear dewclaws, they appear to have zero functional purpose. We also
covered what you should look out for before taking your dog to the vet for the surgical procedure
— the area we added that you need to, in some cases, look out for an injury at the dewclaws
region.

Lastly, the cost of removing your dog’s dewclaws is determined by the age of your dog, the vet,
the location and what may be included during the removal.

Note: not all dogs have their movement impeded by the presence of rear dewclaws — unless
these dewclaws are allowed to overgrow. A lot of dogs live their whole lives without having issues
with them.

CHECK NOW: How To Find The Quick On A Black Dog Nails In Few Seconds