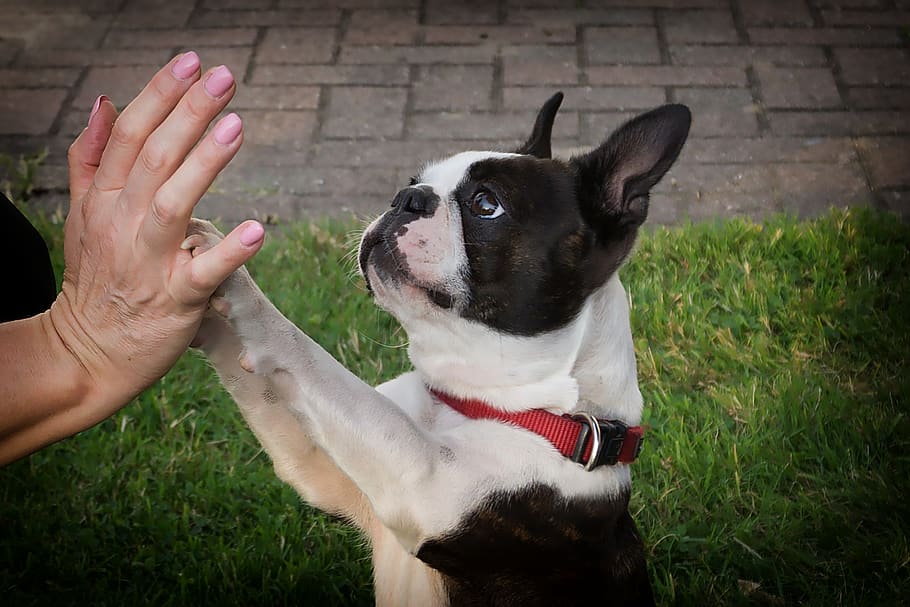 Isn’t it incredible how fast a dog’s nails can grow?

They’re freshly cut one minute, then they’re like little witches’ fingers the next.

Okay, that’s an exaggeration, but keeping an eye on your dog’s nail is crucial.

Their nails is like ours, it can grow tremendously swiftly without your knowledge.

However, allowing your dog nail to grow too long can be quite uncomfortable — even painful — and must be kept in check.

So, how frequently should your pup’s nail be trimmed to maintain them short and pain-free?

Why Is It So Important To Trim A Dog’s Nails On A Regular Basis?

When a pet’s nails grow too long, it can cause substantial pain for them as well as you when they jump off your lap.

The nails could, for example, penetrate the bottoms of the feet or the paw pads.

Not only does this create discomfort, but it also raises the chance of infection.

When nails grow excessively long, they are more likely to split, which is another excruciatingly painful possibility.

What causes the nail on a dog’s paw to become so long?

When a dog is active, they scratch and run around, which naturally wears down their nails, especially when walking on hard surfaces like asphalt or concrete.

Because many pets are exposed to soft surfaces such as lawns and moderate forests, natural wear and tear is insufficient to keep nails filed down.

This is where you, the owner, will step in to keep the dog nail at a manageable length.

Why long dog’s nail a big NO?

Nails that are excessively long might put pressure on the wrong portions of your dog’s foot over time, making it painful for him to stand on.

To compensate, your pet may try to move in a different way to alleviate the discomfort, which can result in more joint damage, especially in older dogs.

Long claws can also split, break, tear, or chip, requiring a trip to the veterinarian (and treatment isn’t inexpensive).

The most serious problem is that if you allow ingrown nail to grow too long, the nails may bend over and dig into the pads of their paws, causing severe pain.

Why does this happen, and how?

The nerve endings in the foot are used by most animals, especially those that walk on four legs, to determine the correct way to walk.

This allows them to walk more readily by allowing them to move correctly without toppling over and effectively processing gravity and physics.

Dogs are an example of these creatures.

Their forefathers in the wild would run for hours every day in order to obtain prey, keeping their nails short at all times.

It was the only time their nails clicked on the ground as if they were walking up an incline or hill.

This indicates that dogs have always seen the pounding of a nail against the ground as akin to ascending a hill, causing them to alter their body movements and posture in response to these stimuli.

As they climb the slope, they lean forward slightly, leaning on their forelimbs for support.

The difficulty is that dog’s paw pad with too-long nails don’t have this slope; they walk on flat ground but believe they’re going higher.

As a result, their hind limbs compensate to keep them from falling flat on their faces as a result of their forward leaning.

Instead of standing neutrally with their legs straight out, a dog’s posture shifts as their paws are brought much closer beneath them.

This can lead the limbs to become pinched together and inwards, and it’s tough to keep up because it’s not a natural position.

This can lead to overuse of the joints and muscles, particularly in the back legs, if left untreated.

Simple things like jumping or walking up stairs or up genuine hills can be difficult for a dog in this position, and even getting up from a sitting or sleeping position can be difficult.

This is why keeping your dog’s nails trimmed is so vital for their general health.

What is the required length for dog nails?

When your dog is standing up, his nails should not be able to contact the ground in general.

If that’s the case, they’ll need to be trimmed. Also, if your dog’s has overgrown dog nails that are excessively long, they will make a noise on the ground when he walks.

This is just another clue that your dog’s overgrown nail are subjected to nail trim.

Nail trimming is recommended for most dogs every one to two months, while some breeds may require clipping every two weeks.

When opposed to an indoor dog, you won’t need to clip the nails as often if your dog is highly active or an outdoor dog.

Your outside dog will almost certainly spend time digging and scratching, which will gradually file down the nails.

Even if you don’t have to trim their claws as frequently, you’ll still want to keep them clean, so pay special care to your dog’s paws and claws during bath time.

Indoor dogs are less likely to scratch and dig than outdoor dogs.

Because they don’t naturally file their nails, they’ll need to be trimmed more frequently.

Because every dog is different, it’s impossible to say how often you’ll need to cut their nails.

You can keep track of how long it takes the nail to grow back to its previous length after the last trimming procedure by keeping track of how many days or weeks it takes.

This figure will give you a decent idea of when your next nail clipping will be.

“There is no one-size-fits-all length for your dog’s nail.”

Nail Trimming: Be careful of the quick!

The quick is a collection of blood vessels and nerves that run through the claw’s center.

When clipping your dog’s nails, you must avoid snipping the quick at all times, as this can be quite unpleasant for your pet.

It’ll almost certainly cause them to bleed, which will be a very painful experience for both you and your beloved friend.

If your dog’s nails are light in color or white nails, it’s much simpler to spot the quick, which appears as a pink band in the center of the claw.

In general, cutting around 2mm away from the quick is suggested.

If their nails aren’t clipped very often, though, it’s a good idea to start decreasing the claws gradually.

This is due to the fact that the quick will be quite lengthy at this point.

It may take a little longer to shorten the quick, but it eliminates the chance of accidentally snipping it.

What happens if I cut the quick?

First and foremost, do not be alarmed.

If you snip the quick while nail trimming and your pet bleeds, grab a tissue and apply styptic powder to the cut with pressure to try to stop the bleeding.

It may be tough to encourage your dog to remain quiet, but by comforting her and speaking to her gently, you should be able to do so.

Avoid allowing your dog to lick the wound because it will take longer to heal.

Which Nail Clippers Should You Use for Your Dog?

When it comes to trimming a dog’s nails, the first thing you should do is purchase the appropriate nail clipper.

The scissor-type clipper, which resembles a pair of scissors as its name suggests, is the most widely used.

It’s the most adaptable of its type.

Choose one with a tiny dip over the sharper edge to prevent a thicker nail from being crushed accidentally.

How to cut your dog’s nails?

When it comes to nail trimming for your dog, you’ll need a few things.

If your pet is small, guillotine nail clippers are very easy to operate and ensure a clean cut.

Try a pair of plier nail clippers for larger breeds or dogs with thick nails, as they’re sharper and better at cutting through nails.

Read the directions for the tool you chose to make sure you understand how it works, and cut the nail with a rapid, steady press.

After you’ve sorted your dogs long nail , you may either file them down or wait for them to smooth out naturally over time.

The dew claw, on the other hand, are higher up on the lower leg.

They don’t wear down because they don’t touch the ground, but they can still create discomfort, so keep an eye on them.

It’s considerably more difficult to see where you’re cutting if your pet has black nail.

Rather than making a single cut, make a series of small snips while inspecting the end of your dog’s nail using dog nail clippers.

You’re looking for a black spot in the center of the clipped area; this is where the fast starts, and it’s what you want to avoid.

You may also shine a light through the dog’s claw to make it easier to see the quick.

As a dog owner, give your dog a wash before cutting his nail bed to make them simpler to cut, or use a little baby oil if he doesn’t like baths to soften the claws before you start.

The first stage of nail trimming using grinder is similar to clipper cutting.

Does walking your dog trim their nails?

Your dog’s claws, like your nails, are constantly developing. Regular walks, even walks on hard surfaces like pavements, will help to keep your dog’s claws short, but it may not be enough to keep them as short as they should be.

What is the quick on your pet nails?

The quick, which consists of a blood artery and a nerve, is more visible on light dog nails. Hold the paw of your dog up to the light. The quick seems to be a nail-within-a-nail because it is visible through the nail. You must not cut into the quick since it will bleed and cause discomfort to your dog.

Should you hear your dog’s nails on the floor?

When your dog’s nails touch the ground, “click on the floor,” or become snagged, they should be cut.

Overgrown Dog Nails : What To Do? [Answered]
Why Does My Dog Chew Her Nails [Answered]
Using Epsom Salt For Swollen Dog Paw Infection