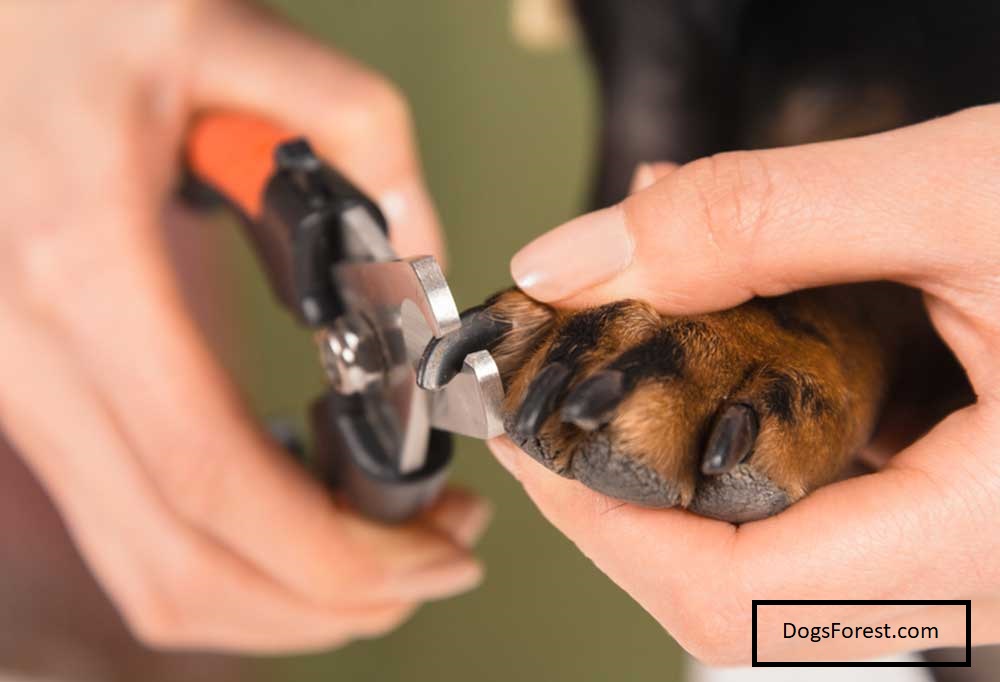 Brittle nails, also known as ‘onychorrhexis,’ are a common problem in dogs.

This problem causes your tiny companion a great deal of suffering because they rely on their paws and nails for pulling, burrowing, gripping bones and toys, and protecting themselves from various hazards.

When you’re clipping or grooming their nails, you’ll notice this problem right away.

As a result, there’s a pressing need to learn how to treat brittle nails in dogs as soon as possible.

Want to know more? Check out this facts below!

Brittle Nails in Dogs: What Causes Them? 8 Reasons

Brittle dog’s nail or nail disorder can be caused by a variety of factors.

If your dog’s nails aren’t trimmed as often as they should be, they can grow brittle and cause significant injury while exercising or participating in any activity.

Clipping your puppy’s nails should be done with caution, since it might cause harm, discomfort, pain, or infection to its veins and skin.

2. Infections of the Nails

Infections such as fungal infection, bacteria, and yeast are common causes of dry, brittle nails in dogs of all breeds.

Ringworm is caused by fungi known as ‘Dermatophytes,’ which attack your dog’s nails and claw folds, creating brittle nails with nail fungus.

This illness must be treated right away because it has the potential to spread to other body parts and humans.

3. Cancers of the Nail Bed

Deformed and brittle nails in dogs can also be caused by nail bed cancer.

Some dog breeds are more prone to nail problems such brittleness, distortion, and infection.

This ailment causes your dog’s immune system to become overactive, causing its claws to become short, brittle, and painful.

This disease is more common in young and middle-aged canines.

The dog nail might become brittle and weak in the absence of food rich in critical elements such as vitamins and minerals.

A dog, like humans, requires a good and balanced diet.

Dogs’ nails are frequently broken or a torn nail as a result of hard play. When hard play is combined with growing nails, the perfect recipe for cracked or broken nails is created.

Unfortunately, there isn’t much you can do about this except make sure your dog’s nails are kept as short as possible.

8. Tumors in the Nail Bed

Trimming your dog’s nails is a crucial aspect of caring for him, but how can you mend an overgrown dog nail?

The nail beds, from which the nails grow, are affected by nail bed carcinomas.

They produce brittle nails, bleeding, limping, and ulcerations as they progress throughout the digit and further into the nail.

If found early enough, nail bed tumors may usually be treated by simply removing the digit, so take your dog to the vet right away if you notice anything unusual.

Here are some home cures for brittle nails in dogs that will greatly improve their health!

It’s time to cut its nails when its nails come into contact with the ground.

Always use a high-quality professional clipper and be tough when performing this treatment.

Vitamin E, gelatin, biotin, zinc, and fatty acids, as well as other nutrients, must be included in a dog’s food.

If you prepare your dog’s food at home, it must be vet-approved to ensure that it is a well-balanced diet and avoid nail infection.

You may keep your dog’s nails from becoming brittle by taking them for extended walks on the sidewalks, which will naturally cut their nails or be naturally nail trim.

It’s the ideal solution for dogs who dislike having their nails trimmed.

Brittle nails are more than just a source of discomfort.

They can be caused by a variety of factors, including insufficient nutrition or malignancies in the nail bed.

Take your dog to the vet as soon as possible if his nails are brittle, cracking, or otherwise appear abnormal.

Your veterinarian will assist you in resolving the pain associated with brittle nails as well as determining the source of the problem.

A lack of B-complex vitamins, particularly biotin, causes ridges along the nail bed.

Dry, brittle nails are caused by a calcium-deficient diet.

Hangnails can be caused by a deficiency of folic acid and vitamin C.

How do I stop my dogs nail from breaking?

Maintaining his paws’ cleanliness can assist to limit the chance of infection, which can lead to nail damage.

Broken and split nails are a result of a terrible combination of overgrown nails and harsh play.
This can be avoided by keeping them well-trimmed.

Will a cracked dog nail heal on its own?

Most dogs will recover entirely, but it will take time because the nail will need to grow back completely to cover the exposed area.