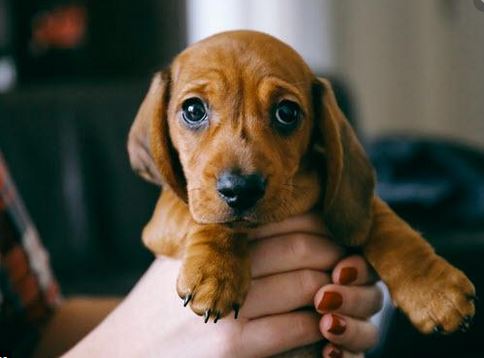 Nail Discoloration: Why Are My Puppy’s Claws Turning White?

The claw of a dog or pet is equally important as any other part of its body. Apart from scratching and tearing which are quite irritable to humans, a dog’s claw is useful to its welfare. Activities such as defense, clutching, and movements are done with the claws and any claw abnormality can become a significant cause of pain as well as discomfort to a dog.

For pet owners, it might be a thing of concern to notice a dog’s claws turning white. When such is noticed, it is important for a serious medical procedure to be undergone.

Some might wonder, why do a dog’s claws turn white? Are there preventions for this biotic development? Can it be diagnosed? What are the treatments for white nails? What may be expected after treatment? As this article progresses, these questions will be considered.

What Are the Causes of White Claws In Dogs?

In a nail-studying branch of veterinary medicine called Onychology, it is understood that pets’ nails turning white might be a symptom of another disease, trauma, or infection. There are quite a lot of skin diseases that could affect even the claws of a dog, causing claw abnormalities and injuries.

RECOMMENDED: How To Use Epsom Salt For The Treatment Swollen Dog Paw Infection

Extensively, physical effects such as human error during nail clipping sessions and nail injuries while clutching dangerous surfaces may be causes of white nails. Most causes are biotic factors such as:

Age: The age of the dog plays a role in its overall well-being just as any other living organism. When a dog is in its puppy stage, this factor might not apply but as it grows older and nears the end-range of its estimated life expectancy, the age factor may begin to cause abnormalities like claw whitening.

Diseases: This is the most notable cause of white claws in puppies. Fungi, Bacteria, Neoplasm, Viruses or Parasites may cause white claws; a certain type of disease with lesser damage than diabetes also causes white claws. Since claw whitening may be symptoms of an underlying ailment that may cause death to a dog, it is important that quick and immediate medical actions be taken as soon as noticed.

Food Hypersensitivity: When digestive problems or other abnormalities occur after a certain food is eaten, an organism may be said to be suffering from hypersensitivity to that food. In other words, it’s an allergy. Owners should be especially careful of what their pups eat and where they eat.

If however, an owner possesses different breeds of dogs, they might suffer hypersensitivity for different foods. Even dogs of the same breed may suffer such traits as well. Therefore, if a dog owner notices a claw abnormality on multiple occasions after a particular meal had been taken, it is wise to discontinue eating such food.

Nutrition: This factor is very important in the development as well as the well-being of a dog. Bad nutrition which may be caused by a lack of certain nutrients may cause claw whitening. As such, a rich diet should be served to a pup at the right time and under the right condition.

Genetics: This might be a problem since an owner had kept to a breed of dog for many years without experiencing a certain abnormality. However, genetics still play its role as dogs of the same breed do exhibit similar attributes but distinct traits.

Breed: Some breeds of dogs are prone to certain diseases or abnormalities. As such some particular breeds are more likely to have white claws in their puppy stage than others. Breeds like German Shepherd, Labrador, and Greyhound are examples of such breeds.

CHECK THIS: Why Is My Dog’s Nail Black? (Canine Nail Discoloration Review)

Emotions may easily be overlooked in an animal’s life. However, they are animals, they have emotions as humans do. A broken-hearted or traumatized dog can be really affected in health. Trauma may cause eating disorders and go as much as claw whitening when a puppy is affected.

The most cause of the trauma is dejection. Therefore, a pet owner must spend adequate time with his puppy. This will not only improve its claw health but its social welfare. Trauma may also refer to pain at any part of a dog’s body including a puppy’s claw, which can cause nail whitening as well.

How Can White Claws In Puppies Be Prevented?

After identifying the causes of claw disorders in puppies, it would be easier to prevent them. To avoid disease-causing parasites that may cause claw disorders to a pup, its environment must be kept clean at all times. Regular washing of the paws and claws and washing after each walking session is encouraged. Nail clipping is also important in the overall foot health of the puppy in order to keep the claws’ length under control; an overgrown claw may tear and cause injury to a puppy or make movements and standing uncomfortable.

A puppy must be well-fed with all the essential nutrients present in its feed. For 1st time owners, animal nutritionists and vets may be sorted to learn more about animal dieting. In as much as a dog should be properly fed, its consumption rate and reactions to every food must be well documented by the owner in case of a food hypersensitivity occurrence.

Can A Claw Infection Be Diagnosed?

Due to its many causes, especially due to causes such as age, breed or genetics, it may be quite difficult to tell exactly the reason for a claw whitening disorder. In fact, in cases whereby a certain disease might be the cause, it is challenging to specifically state the nature of such disease. However, science has quite made things easier. By means of ways like cytology tests, elimination dieting, and radiography, the specific problem of a dog or puppy can be effectively diagnosed.

Cytology: This is a division of biology or medicine that deals with the makeup and role of plant and animal cells; in this case, animal cells. The cells of the puppy will be examined under a microscope. At times, a urine cytology test might be undergone, in this case, the urine of the puppy will be collected and cells from it will be examined. Undergoing a cytology test will assist the vet with diagnosing a puppy. Cell abnormalities which are responsible for disorders such as neoplasm, which causes an anomalous tissue growth; paronychia, which causes soreness of the soft tissue in the region of the claw; fungus infection and bacterial infections might be observed following a cytology test. Also scrapping of the claw and skin around it may be done to check for the presence of mites, an arthropod that causes skin irritation during its presence in the skin of an organism.

Diet elimination: Sometimes, some specific diets may cause skin irritations or claw whitening to a puppy. If a case of this is believed to be the cause, the puppy would be under a diet elimination session. In which most of its diets will be restricted one after another to verify the foods or additives that may be the cause of the claw disorder.

Radiographic tests, urinalysis, biochemical analysis, complete blood count, and biopsy of the claws can be done to sort for claw whitening causes in a puppy if other methods of diagnosis such as diet elimination and cytology were unable to diagnose the underlying cause. Radiography will help to make sure of the enzyme levels of the puppy as well as any systematic disease that may be present.

Can Canine Claw Whitening Be Treated?

The best treatment to give to a pup or dog affected by claw whitening is a visit to the veterinary. The vet will diagnose the basic or underlying reason for the puppy’s predicament and administer treatments as such.

To ensure and restore the foot health of the pup, the vet will consider a range of reasons which may include:  The number of paws affected, the time frame of the claw’s whitening or decline, the breed of the dog, possibility of an underlying ailment and the age of the pet.

When the problem diagnosed is from a disease-causing parasite affecting the puppy, antibiotic medications will be administered to solve the problem. In other cases when the dog is injured around the claw, it may be treated by soaking the claws into an antiseptic solution on a daily basis.

Also, creams and ointments as well as supplements could be used to treat claw whitening problems based on the vet’s directions.

What Is Expected After The Treatment Of Claw Whitening Disorder In Dogs?

When a puppy is recovering from a claw whitening disorder, there is a possibility of decline after the termination of the treatment depending on the cause of the whitening or the type of disease-causing the disorder. Sometimes, lifetime therapy is required in order to keep the claw damage under control.

Based on the underlying cause of a claw whitening occurrence, a vet’s recommendations and opinions will be of use and must be strictly followed for the good of the dog.

Your puppy’s nail pigment might be lucky to remain the same throughout his lifetime but this is not constant because the colors of your pet can undergo changes that whiten, lightens, or darkens it depending on the activities and conditions of the melanocytes or responds to underlying disease processes. Let’s take a dive into some questions and answers regarding the color changes that occur on your puppy’s nails.

Why Are My Nails Changing Color?

If your puppy’s nails start decolorating, here are some possible reasons. It might just be normal or your dog might be having any of the following, yeast infections, nail bed infection, nail fungus, allergies, old age, trauma, mineral or vitamin deficiency.

Why Does My Puppy Have White Spots On Her Nails?

Most white spots that appear on your puppy’s nails can be described as a normal color variation. This should not be mistaken for a disease or disorder, however, if your dog has zinc deficiency and calcium deficiency, it could result in this issue. Always have in mind that your dog’s nails have a special part that is deeply rooted, pinkish or reddish in color_ Quick, this is where the nails get blood supply and nerves to function properly. When cutting your puppy’s nails, I would advise you to use Clippers with Quick Sensor to avoid cutting deep into the quick and bleeding your pet.

What Vitamin Deficiency Causes White Spots On Your Nails?

Lack of some mineral deficiency has been attributed to causing white spots on the nails. If you notice some white spots or dots along with the nails, kindly visit a vet to rule out deficiencies in certain minerals or vitamins such as zinc deficiency and calcium deficiency.

Why Does My Puppy Have Black Nails?

What determines the color of your puppy’s nails is the skin color and surrounding hair. So if your puppy has black and brown hair, the nails would likely be black, so this means if your puppy’s hair is white he will sure have white nails. However, some mix or bicolor cases have been seen, where a dog has different or mixes nail colors and different hair colors. You may want to have your dog checked by a vet if he used to have white nails and suddenly it starts turning black.

What Color Should Puppy Nails Be?

Your puppy’s nails should be white or should stay white. If any change would happen, it should depend on the hair, skin color, and genetics. Meaning, if your pup is a white-skinned dog, then he is expected to have white or light-colored claws. So watch out for the color of your puppies when they are born, you could predict what color of nails they would have when they grow up.