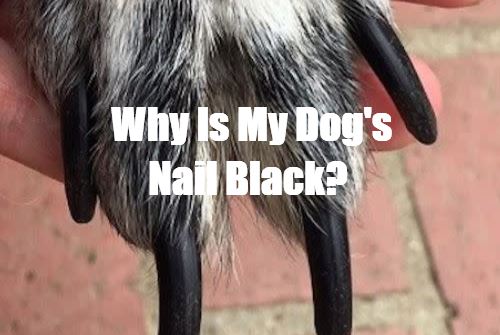 Why Is My Dog’s Nail Black?

Most dog owners tend to only check their dog’s nail when they begin to hear clicking sound originating from overgrown nails, and boom, it’s time for trimming.

Some don’t even pay attention to their pet’s nails, this is absolutely wrong, if you are one of those who claimed to love their dog, then you should learn to show him or her some care and such care primarily includes making sure that your dog grows healthy nails.

Dog nails are there for many reasons, and in this post, just as I will be talking about dog nail decoloration or nail turning black, I will let you know some of the ways dog uses its nails and how you can help your dog keep them safe and healthy. So read further as you discover more about dog nails.

Why Dog Have Nails?

Dog nails are made up of keratin (a form of protein containing dead cells), they are curvy and seen at the end of a dog’s toe. Nails make clicking sound especially when they are overgrown, they actually come in different colors.

Dog nails have several blood channels (vessels) and nerves build up in the quick (the quick is a sensitive region you must not hurt when cutting the nails).

Dog nails are special parts of the dog’s body, your pet can’t do without them because it has several helpful functions. The canine nail comes in different colors, so if you are asking why does my dog have some black nails and some white, you should consider knowing that some cases of Dog nail color change are just natural and you don’t have to panic about it.

Reasons, why Dog Have, Nails Include:

Nails Help In Gripping During Actions.

Dogs normally use their nails to grip items such as bones or toys and even some solid foods.

Dog nails are naturally structured to cleat or get a hold on the ground to avoid slipping or falling. One of the reasons you hardly see a dog slip around while playing.

Dogs Use Nails For Digging.

If a dog has a goal of digging out whatever it wishes to dig, it is the nails that actually performs the task. Of course, dog nails are so made so strong as to withstand wears and tears when they been put to digging use.

Despite the tough and strong nature of dog nails, they are always susceptible to nail bacteria infections especially when they break or get injured, but this is certainly not the reason for Dog Nail Discoloration. Urgent cleaning, disinfection and treated of the affected nail is highly recommended.

What To Know About Dog Nail Colors.

Basically Dog nail colors vary from one type to the other(they come in different colors), this variation is based on the color of the surrounding hair and skin.

Black and brown hair usually comes with black nails while white hair comes with white nails. However, some cases of bicolor have been reported (where the same dog nail happen to have different colors).

Dog nails may undergo some changes such as black nails changing colors, which may signify a health problem in some cases, some times this could be due to the inability of the melanocyte (pigment-producing cells) to produce pigment.

Why Do Some Dogs Have Black Nails?

Lets quickly look at how some individuals who own dogs react to the above questions on our forum.

It’s my understanding that black nails are prevalent, and in my own long experience with many dogs, I have found this to be the case. I’ve had many different dogs, many breeds, as well as mixed breeds. I can’t remember any of our dogs having clear nails until now. (All of our cats had clear nails)

I currently have a Chinook Dog who has black nails and a Papillon/Chihuahua mix who has a combination of some clear and some black nails. This is perfectly normal. The clear nails are easier to clip or dremel, but I always err on the side of caution, so I don’t cause pain or trauma.

READ ALSO: How To Stop Your Dog From Eating Poop

Lois opinion maintains that Canine nail color change or discoloration is normal amongst her dogs, even if dog nail turned white or black mixed with other colors.

Julian Meeks-Wagner who studied at the University of Oregon has also given his thought about dog nail turning dark.

In his words, he said:

The same reason dogs have diffrent color fur. It is much more common for dogs with mostly black or brown fur to have darker nails then dogs with lighter colors. Some dogs will have some black nails and white nails sometimes on the same foot. Sometimes even the nails have diffrent colors on them. It all depends on the dogs gentic make up. If both parents have dark nails then most likely their puppy will have them too and vice versa.

Julian believes that it is normal for dogs with black or white skin(hair) to have black and white nails. He also pointed out that dog nail color may be associated with genes.

So if the dog parents have black nail color there are chances that their young puppy nails may be black.

Why Is My Dog’s Nail Black Review By Michael Allam

Micheal Allam of the mypethusky has also joined the dog nail color change review and he wrote:

As others have said, it’s all down to the dog’s skin. A dog’s claws aren’t the same as say a cat (which retract), they are exposed all the time and thus pigment to match the color of the surrounding skin. It’s actually quite a cool camouflage concept and will result in you seeing all manner of shades from black to white with some browns in the middle (just like their fur!). I see a lot of huskies and the majority of those will have black claws.

Mr. Allam also agreed to the view that the nature of the dog’s skin plays a major role in whether the canine nail changes color to black or white to suit the surrounding skin.

Why Is My Dog’s Nail Black Review By Andra Toma

Andra Toma has owned dogs since childhood and has gained a lot of canine experience.

Nails are part of the dermis. As such, there are natural variations in color. Some dogs have the entire skin one color while others have a variety of colors. It is natural and normal especially with dark-colored dogs, like my little black fluffy Dog.

She added that nails have natural variations in color and it is normal for dark dogs to have black nails.

Why Is My Dog’s Nail Black Review By Andra Toma

READ ALSO: Symptoms Of Mange In Dogs, Diagnosis And Treatments

According to Lois Anne Starr, dog nails color is determined by the presence or lack of melanin pigment in the fur.

Note: Melanin is actually the pigment that gives dog’s hair, skin and nails their color. Dark-skinned dogs tend to have more melanin in their skin than, _meaning they may likely have dark nails.

The color of dog nails is determined by the presence of or lack of melanin pigment in the skin. I have two dogs. One has black nails, the other has pink nails. Luckily, the black nailed dog is much more active so I don’t have to second guess when he does need a trim.

Here are some more answers to why my dog’s nail turns black.

Don’t panic. Skin pigmentation can change with age. I would assume that is what’s happening here. It’s hard to say without seeing it though. Next time post a picture. I’ve worked in a grooming salon for several years.

Your pup’s nails would consistently stay white. It relies upon on her genetics and her color. If she is a white canines its in all threat that she would be able to have white nails or gentle colored nails. puppies don’t have lots nail to diminish off, before it hurts them.

Then flow as much as trimming her nails, giving her a take care of each and each time you trim a nail. Being careful to no longer decrease too lots. The timing of the take care of is substantial, to grant it only as you’re coping along with her foot. 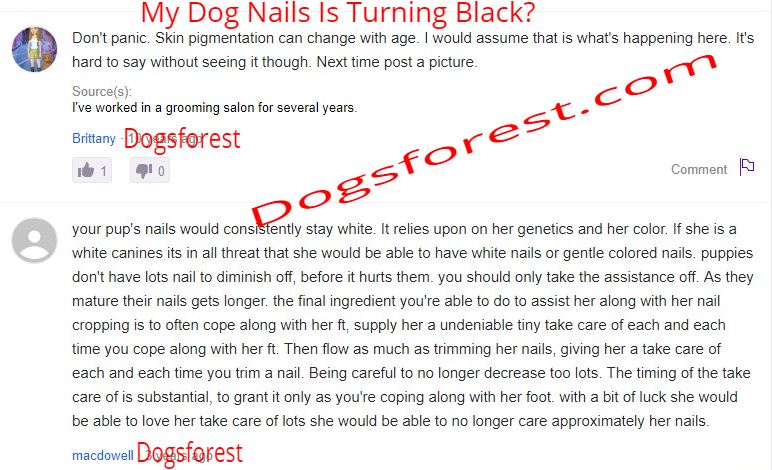 This video will show you the easiest, fastest and no risk way of trimming your dog’s black nails
with the use of scratchboard.


See also  How To Trim Black Dog Nails That Are Overgrown? [Answered]

How Can I Maintain My Dog’s Nails Color?

Taking care of your dog’s nail is key to how healthy they become. Dog nails will be healthier colorful and free of common infections if they are well taken care of.

Naturally, dogs spent most of their time either walking indoors or outside, grass, tiles, concretes and other surfaces.

You must have it mind that whatever causes a problem to the nails may likely affect the natural color in the near future.

You should also consider what your dog feeds on. Your dog’s meal should carry some certain type of vitamins and minerals that will positively improve the health of your canine nails which will play a positive role in the uniqueness of the color.

Some canine disease conditions such as auto-immune disorders, tumors, and nail bed infections can negatively affect the overall health of their nails. Ensure that you keep a close watch on your dog’s nails, detect any abnormality on time and report to a vet for proper treatment, doing this will also maintain your dog’s nail color.

What To Do If Your Dog’s Nails Turn Black

If you notice your dog’s nail suddenly turns black and you are sure it’s not gene related.

Note that Sometimes dog nails – do change color, especially at the root. Unless or if your dog eats raw meat of animals by shredding it with his claws- there is no worry.

Here is what you should do to remedy if you notice any abnormal change in color.

If you are worried- simply clean the claws and the intermittent spaces between claws with a solution of Hydrogen Peroxide (H2O2). Do this in the morning and allow the claws to be exposed for 1-2 hours before cleaning with water. Repeat for 1-2 weeks and the black would have gone unless it was genetic and normal.

When Do Dog Nails Turn Black?

Your Dog’s (puppy’s) nails may always stay white. Depending on his or her genetics and coloration. If your puppy is a white dog it’s likely that he will have white nails or light colored nails.

And If your dog’s nails are white now from birth, they aren’t going to change to black, they’ll stay white.

Finally, as dog owners always remember to check up on your dog’s nails, care for the nails, clean and trim them if they are too long, check for color changes and if any turns black kindly report to your vet to rule out some health problems (It has been reported recently that if your dog is diabetic his nails are usually clear but are turning black where the nail starts. So diabetes may be a reason why your dog nails may turn black). 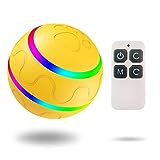 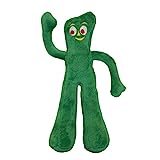 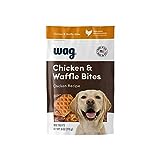